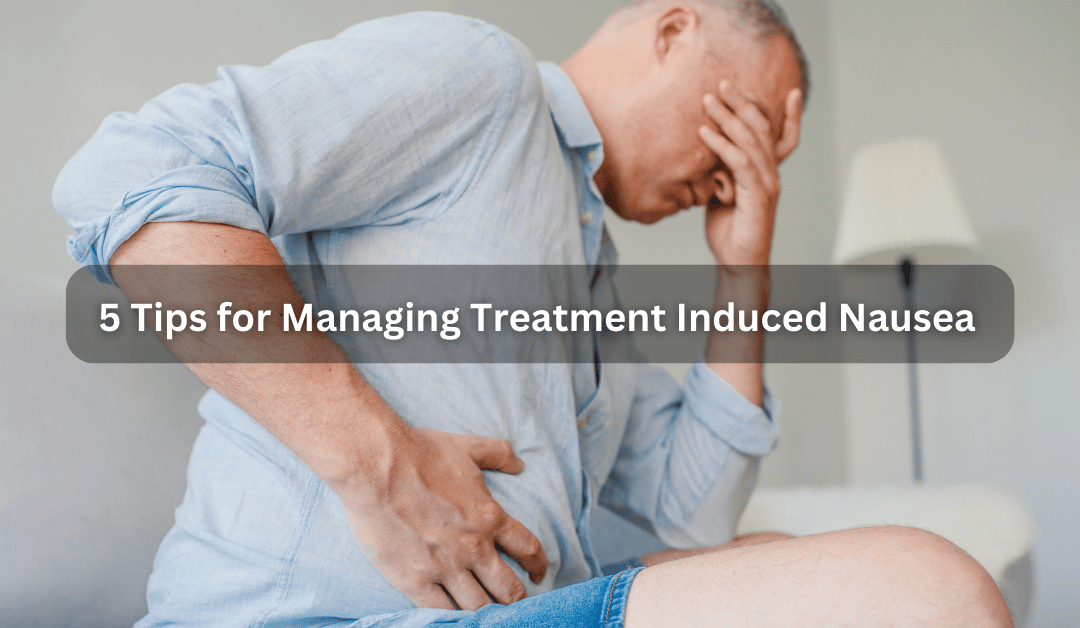 Unrelenting nausea from chemotherapy and radiation treatment for certain cancers is often one of the most debilitating side effects patients experience. Depending on severity and how often the waves of nausea occur, this can be a life-altering impact of treatment. Nausea is commonly managed with prescription medications (Zofran, for example), but these medications have their own side effects which may exacerbate other symptoms of treatment and even pile on some that didn’t previously exist.

Nausea itself is not a harmful condition, but the impact it has on people is very real. Especially when nausea becomes such a staple in someone’s treatment journey. Yes, nausea can lead to vomiting, which leads to weight loss, dehydration, and fatigue, but even if vomiting doesn’t occur, it’s unlikely that someone experiencing nausea is going to want to eat. The mere sight of food is almost repulsive when you feel queasy or sick to your stomach. Plus, it’s been said that side effects of treatment are cumulative—so with every round of treatment, nausea may worsen.

1. Eat small, frequent BLAND meals throughout the day – they put less strain on your stomach and allow your body to take its time to digest—think crackers, bananas, toast, potatoes, and chicken broth.

2. Drink ginger root tea – ginger is often used as a natural remedy to soothe the stomach. Its flavor is very distinct, though, and some people don’t love it. If you DO like the taste, this could be a nice way to relax at the end of the day with a lemon wedge—tart foods are also useful in making foods more palatable.

3. Drink flat, clear soft drinks – try ginger-ale or lemon-lime flavored sodas to help settle a queasy stomach. Make sure to stir the bubbles out and let it sit for about ten minutes before drinking. This will release some of the carbonation and prevent burping, which could aggravate feelings of nausea and vomiting.

4. Avoid greasy and fried foods – Our bodies take longer to digest fatty foods, so they sit in our stomachs longer. If you’re already nauseated this may lead to vomiting.

5. Drink enterade Advanced Oncology Formula – drinking enterade at least 30 minutes before or 60 minutes after consuming food can help reduce nausea. Enterade is clinically proven to reduce the side effects of chemotherapy, radiation, and immunotherapy. A study conducted by 21st Century Oncology concluded that 91% of patients taking enterade experienced an improvement in nausea.

Managing your nausea can feel like a full-time job. Whether you’re drinking ginger root tea to stave off that queasy feeling or working with your doctor to find a medication that works best for you, you don’t have to go through it alone. We want to hear your best solution for fighting chemotherapy induced nausea! 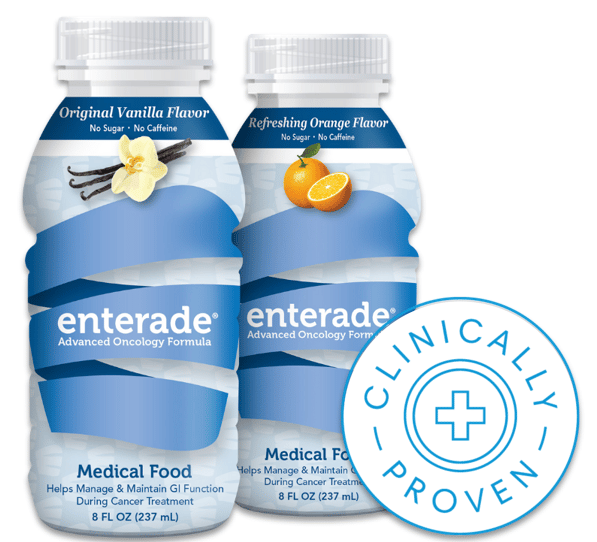