The Problem with Glucose 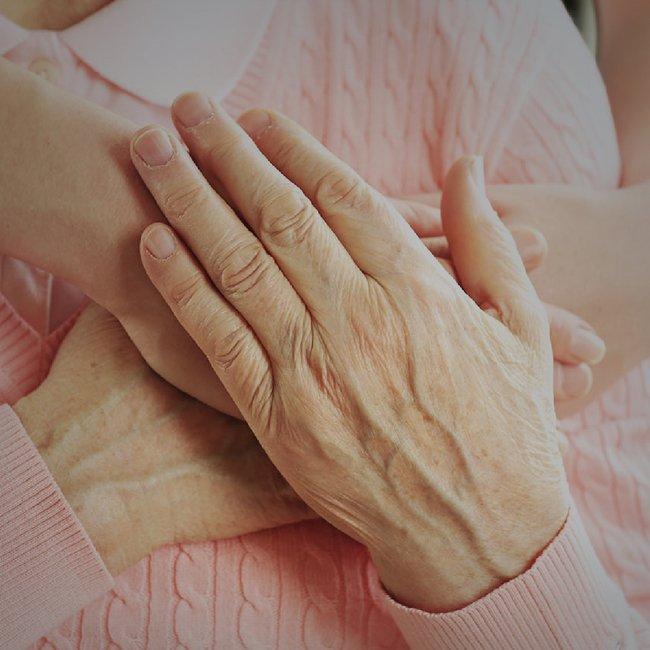 The problem with glucose

enterade demonstrated superior rehydration compared with sports drinks for both hypertonic and isotonic dehydration. In clinical trials enterade had a 40% better rehydration and electrolyte recovery compares to Gatorade, Pedialyte, ORS and water. 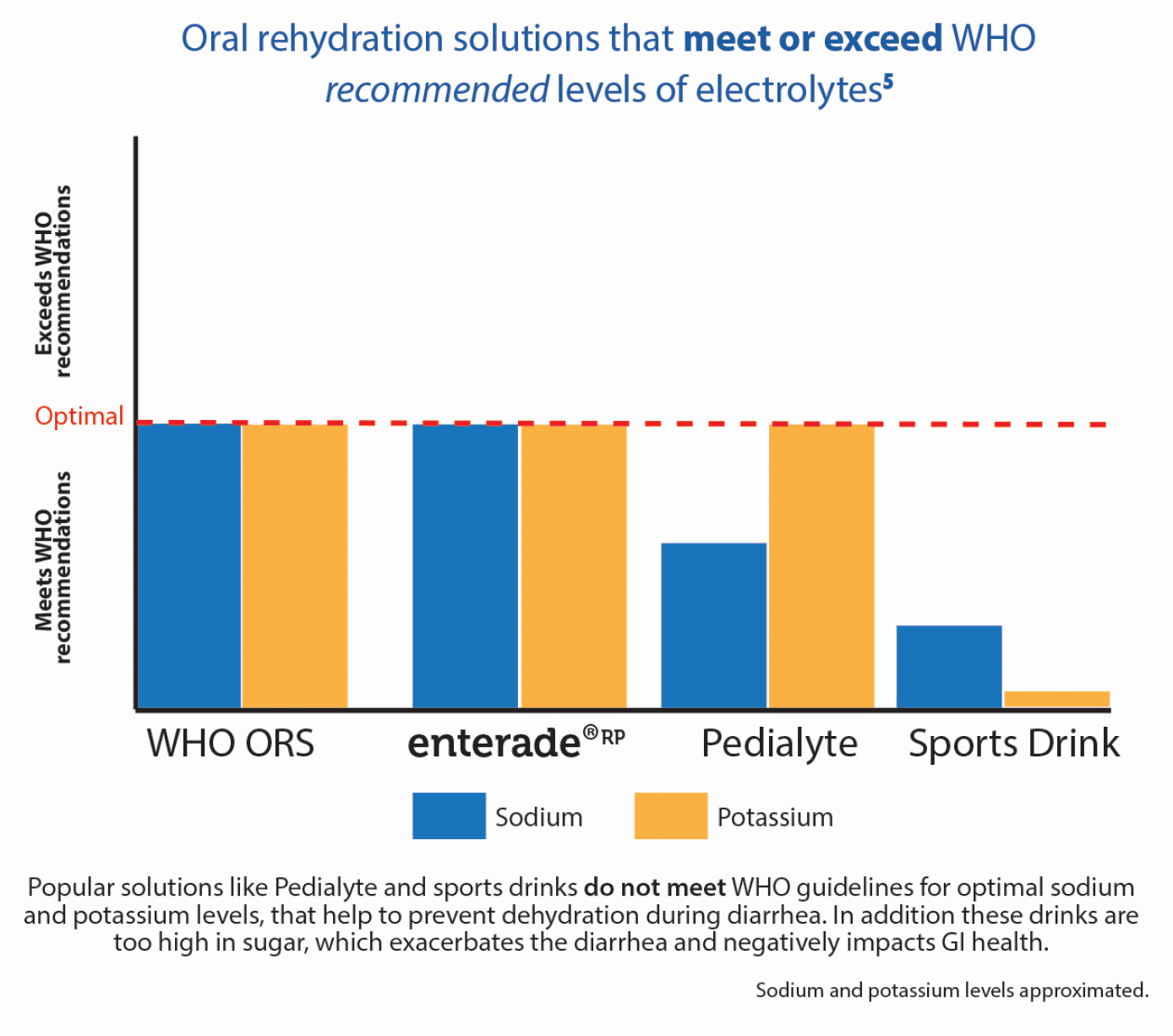 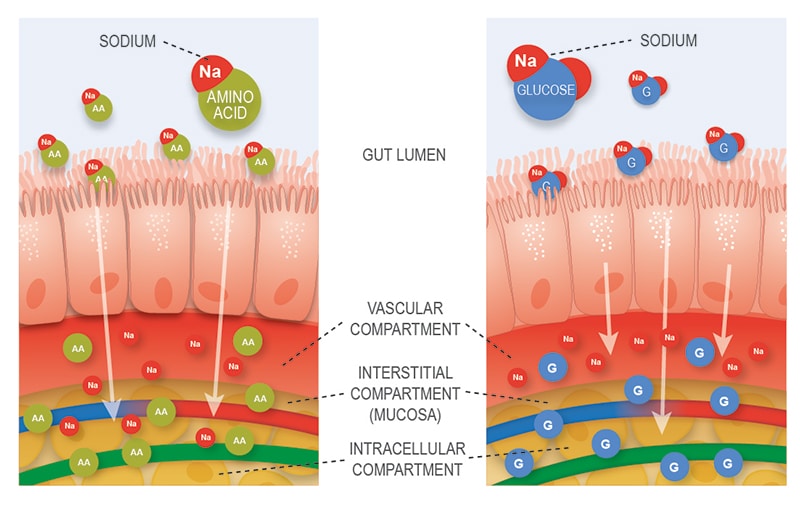 This image shows the select amino acids in enterade® provide better nutrient transportation and absorption than glucose. They help to facilitate hydration in three areas; the vascular space, interstitial area, and the intracellular area to achieve total body hydration.

Glucose is an inefficient transporter of electrolytes because sodium is not able to be transported out of the vascular space. This imbalance leads to increased fluid loss/diarrhea.